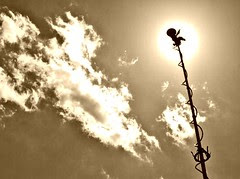 Dashing about in tarted up cargo vans, staging hasty summits on random blacktops, thrusting battle-scarred microphones in strangers faces... my job would sound pretty bleak - were it not so much fun! Okay, so 'fun' isn't the right word, but the fact remains that much of news gathering is kind of a kick. Scouring cities for sources of sound, aiming a ray at far-off towers, guarding the Republic with spotlights and cheese... It's a freakin' pageant play - every day! So why is the cast and crew so morose? I dunno - it's always been that way. Certainly journalists earned a reputation for being kind of skeevy LONG before they strung antennas atop the Fourth Estate. Since then, we TV types have more than maintained that malaise - a curious brew of urgency, dread and annoyance that can be found all along our fruited plain. Just crash any sat truck gathering and you'll see what I mean: nuthin' but jittery nihilists and melancholy lot lizards...Stop by and say Hi! 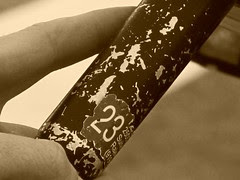 Better yet, bring some cheese. It'll go well with the industrial strength whine they serve before and after live shot. Got half an afternoon to kill? Listen to a self-described 'storyteller' bitch about their job. Trust the the UnaBomber and his silly grievance list hath not diddly on a perky news reporter who feels she's been robbed of face-time. Or that field producer with his Blackberry in a death grip. Those aren't tweets he's squeezin'. They're demands - whole reams of ultimatums he'll never grow the grapes to present to his boss. But hey, he'll gladly run down a few bullet points should you be running low on bile. Or give a listen to the truck operator. He's got a long list of things he hates about his life and he's broken 'em down to CB-Codes. Just don't ask him what a 'Flaming Hairdo' is, would ya? That always starts a fight. And oh, whatever you do, steer thee clear of that photog over there who thinks he's some kind of Shakespeare. Dude curses in couplets! 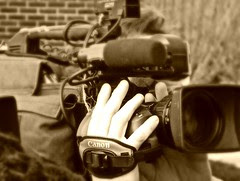 But in the word of Nancy Kerrigan, "WWWWWHHHYYYYYYY?" Why are otherwise bright and shiny news people so proud of being grouchy? No matter what we tell our spouses, our jobs aren't that tough. Sure, we regularly smear whole regions in crime and grime, but not every assignment calls for the undertaker face. Yet we schlep through every other gig like we're pulling community service. Why just the other day a fellow photog locked eyes with yours truly and silently begged me to bash his head in with a camera battery. That or he wanted me to intubate him with his Leatherman, I couldn't really tell; his pantomime skills were lacking and those little kindergarten pilgrims were one making one hell of a racket with their pissy little song. Hmmm? Yeah, you're right: we should ALL lighten up. After all many of us are living our dreams, engaged as we are in a pursuit of truth justice and the best way to package the wrath of a half dozen pre-school Indians. Now ram this light-stand leg down this canal, at least until my mood improves...

I wanna go network someday.
Posted by Lenslinger at 4:46 PM

Eh, y'all have been bitching about your job for the last century. I have proof too.

Yeah, we have...that's half the fun of being a paid professional rubbernecker:-)
Okay, maybe only a quarter of the fun.

i bitch therefore i am.