Remains of the Day 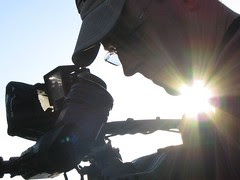 It's been said that TV News is the only business where when it's five o clock, you wish it was FOUR o clock. That's not to say we broadcast yaks never want the day to end, but rather we could all use just a few more minutes before putting on the news. Alas, that great digital clock in the sky waits for no one, not even those of us who haven't worn a wristwatch in a couple of years. Who needs one - when your company-provided fancyphone keeps you in constant contact with a cadre of house cats whose job it is to call you up and count backwards? 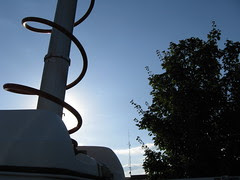 A word on housecats, otherwise known as producers, editors and assignment folks. I give them a lot of grief here on Viewfinder BLUES, but deep down inside, I hope they know I appreciate them (the good ones, anyway). For without them I'd be forced to order my own graphics, write my own teases and watch whole episodes of Oprah lest her ratings plummet. I couldn't take that, so while you won't hear me say it often, I'd like to take this opportunity to dip my lens in reverence for all my news-roomies who've endured my wisecracks, sullen glares and occasional warbling spitballs...SOAR-EEE! 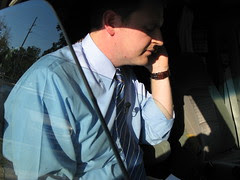 Now, when was I? Oh yes...TIME, the one thing that runs out quicker than that camera battery you stole from your buddy's charger. Whether I spend my late afternoon licking nab wrappers in the sanctity of an edit bay or pacing the perimeter of a dreaded live shot locale, I more than inured to the sensation of losing time. Friends of mine outside da biz talk of idle chitchat while waiting for the clock to hit 5, but it sounds like bad fiction to me. No, my day ramps UP, the minute hand gathering speed as I hunch over a timeline, a mangled spool of live truck cable or just some ornery bag of Funyuns that someone back at the chip factory hermetically sealed. 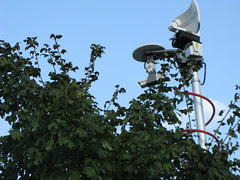 So where am I going with all this? Ya got me. I just know that if I don't recommit myself to this once sacred space, I'm going to lose focus like that fancycam I once took for a dip in the briny blue. I desperately don't want that to happen, for while this blog has yet to finance an armful of Rolexes, it has provided me with more therapy than I could ever fit into my average workweek. See, it's been nearly five years since I first logged in here with equal parts pith and vinegar. Who knows how much longer I'll continue to do so, but whenever I consider quitting, I find myself wondering how else I'd spend every evening. It won't be spent watching the news, that's for sure. Have you seen how the people who put that stuff together run around all day?

Who has time for that?
Posted by Lenslinger at 8:35 PM 2 comments: 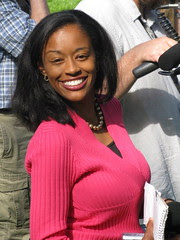 No doubt about it, I've worked with some gorgeous women over the years. But all too often their beauty is marred by arrogance, affectation or smothering self-absorption. Not so with Nicole Ferguson. For two short years this humble stunner has sweetened the Piedmont's airwaves with a telegenic presence and a grace than cannot be faked. But it takes more than looks to earn my ardor. Intelligence is a must, as is the ability to work a breaking news scene without doing any harm. In this, Nicole is equally gifted, pursuing news stories with grit, determination and a firm handle on the human condition. Which is why I gladly set aside my anti-social tendencies whenever we were assigned a story together. A presidential stump speech, a state park profile, the region's seediest taxicab yard; we survived them all and shared a joke even when we shouldn't have. But then, Nicole's laugh is legendary; a raucous, spiraling thing that is nothing less than a comedian's dream. But now we'll have to settle for its echo, for darling Nicole is leaving us. Soon, she'll begin gracing the TV screens of Nashville, where the royalty and riff-raff of Music City will quickly sit up and take note. No doubt it's the next step in a brilliant career, but her departure can't help but darken the hearts of all of us at El Ocho, even as it brightens the horizon of central Tennessee.

So good luck, Nicole. Something tells me you won't need it...
Posted by Lenslinger at 9:30 PM 4 comments:

TV on the Radio 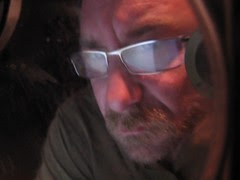 L-o-n-g before I conned my way into broadcasting, I listened intently to Allan Handelman. Back then he was delightfully subversive; interviewing rock stars, whack-jobs and the kind of interstate drifters that always made for intriguing radio. Many a Sunday evening I'd teased my budding mullet as the strains of Handelman deconstructing some conspiracy or another filled my teenage bedroom. Little did I know back then that one day I'd be one of those weirdos myself, holding forth not alien abduction or weed legalization but something equally squeamish: local TV news. Yup, I tweeted him a while back and pitched a segment on the future of the tube. Apparently desperate for guests, he bit and today after work I sat down for an extended conversation with the voices in my head. The resulting hour of airtime won't bag me a Marconi, but I did manage to keep it relatively snark-free - even if I did use the phrase "dare I say" three times too many. Oh well, there's a reason I stick to the ass-end of the glass. But don't take my word for, listen for yourself. Meanwhile, I'd like to thank Allan for doin' me a solid. Now, about those crop circles...
Posted by Lenslinger at 9:38 PM 8 comments:

Calm Before the Swarm 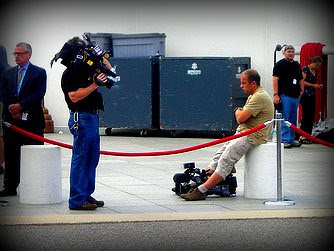 It's the part of the news story viewers never see: that interminable period of time when shooters slump and reporters loiter. Depending on how long it last the downtime can be delicious or deeply unsettling. After all, the show's gonna go on no matter what. Just because your defendant, detective or nearly dead celebrity remains cloistered out of view doesn't mean the director isn't going to punch up your shot at the top of the Six and expect something newsworthy to ensue. Almost always, we field workers make it happen but it doesn't come off without a lot of strife, grumbling and enough gossip to choke a hairdresser. That's not unique to broadcasters, I know - but in what other industry can you swap scuttlebutt one moment and trade elbow blows the next? Outside of pro wrestling and Mary Kay sales, that is...
Posted by Lenslinger at 6:56 AM 2 comments: