Hell on the Telly 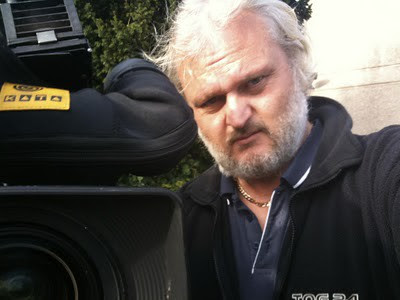 It’s not every day you find your doppelganger ‘cross the pond, but that's precisely the case with one Paul Martin. Seems the UK freelancer is a self-made cameraman, a nosy bloke who bought his own TV gear long before he knew how to use it. That was fourteen years ago and since then Paul’s documented more trauma, froth and spectacle than one Englishman should be allowed to talk about. Lately, he’s been been doing just that and the results have been the most buoyant cameramanifesto since that guy who used to chase around Benny Hill with a Panaflex let loose with the mammaries - er, memories. But I digress, something you’d probably expect from an unschooled American like myself. Not Paul Martin. He’s erudite, traveled and snarky beyond compare. But take note: He ain’t the Paparazzi. In fact, he was nowhere near that Paris Underpass the night Diana died...

Listen up people. I was at home in bed with the Missus that night in Hampshire. And she can vouch for me. Although as she is fond of reminding me, nothing earth shattering happened that night that she can remember. Although I have learned to live with what some members of the public think of us, it still rankles with me that while hurling abuse in my general direction, they are often carrying a newspaper, or following said abuse, will walk home, switch on the telly and watch the news.

Sounds like some reactions are universal.
Posted by Lenslinger at 8:43 PM 4 comments: 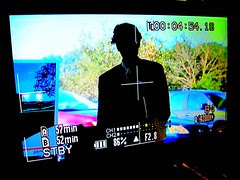 Soooo, you've got a big corporate announcement coming up - a groundbreaking of such earth-shattering importance even those stoners from the local free weekly will show up on time. Trouble is, your CEO has all the charm of a bus stop urinal. One he starts thanking his cronies, plants wilt, the punch goes flat and well-rested photogs fall asleep on their feet... OOH! I know! Why not rent a big-ass tent, shove everyone underneath and let the camcorders roll! That way, no matter what metaphor the Big Guy mangles, no one will be wiser - since he'll look one of those Dateline interviews with the dude who sold out The Mob! FUHGEDDABOUDIT!!!! 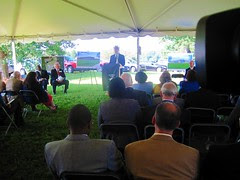 Okay, so I'm being a wee facetious. But it's hard not to be when you see the same lame set-ups again and again. Have the PR folks who orchestrate these mistakes ever seen a television? Are they secretly trying to sabotage their superior's need to be on the news? Do they all cite chapter and verse of that best-selling book "13 Ways to Eff Up Your Presser"? I truly do not know. But of this one thing I'm sure: Press conferences should be direct, pithy, clear - NOT opaque mistatements riddled with visual enigmas. That and some cat in a power suit is making w-a-y too much coin to produce this kind of off-broadway satire. 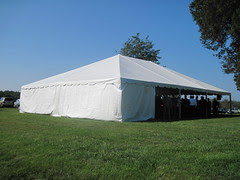 To be fair though, we TV geeks aren't gonna put too much of the highly-scripted tripe on the tube anyway. In fact, I'd say 96 percent of what comes after the speaker clears his throat ends up on the cutting room floor. Maybe that's why the Public Relations schlubs seem to go out of their way to blot out the sun with their keynote speaker. Throw in a mult-box with a built-in hum and you have the top two reasons those photogs back there keep rolling their eyes. That and their casing the refreshment table for any signs of surplus muffins. Now if you'll excuse me, I have to go put the finishing touches on my latest pamphlet "The Lenslinger Institute's Guide to Eye-Bleeding TeeVee".

Reach for the Beach 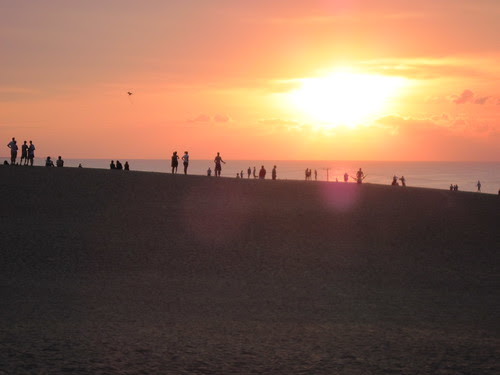 A deep dip of the lens to WRAL's Richard Adkins, who last week reminded me just how boss the view is atop Jockey's Ridge at dusk. Was it. My family's scamper up the East Coast's tallest sand dune was the perfect way to top off a long weekend on the Outer Banks. The visit was long overdue. Fact is, the last time I stayed in Dare County without a hurricane, my wife couldn't get in the hot tub 'cause she was pregnant with our first child. That child is now learning to drive and it was with special pleasure that I let her test out her new skills on famed Highway 12 - the road to Hatteras. Once there, we trekked to the top of a certain striped beacon, before scrambling down to do all sorts of touristy things. An early morning raid on the Wright Brothers Memorial, a lunchtime stroll through the North Carolina Aquarium, Dinner in Duck -- we crammed a lot into just a few days. 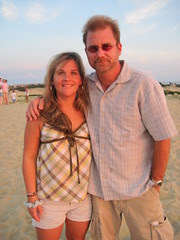 Still, for my lack of money the highlight came on the very last night, when we all ascended Jockey's Ridge and attempted to fly one high-dollar kite. Along the way, we encountered more tranquil Yankees than can be found in a New Jersey Hookah Lounge. See, we locals usually frequent different beaches, leaving the Outer Banks to a flood of Northerners with bulging wallets and clipped accents. There on the Ridge, a rather rude lady from Massa-CHOO-setts awoke from her seafood coma long enough to guffaw at my use of the word "Y'all". I let her laugh, before gently reminding her that, considering our current coordinates, SHE was the one talkin' funny.