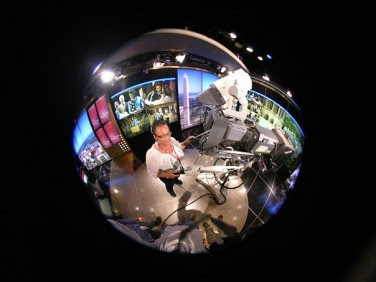 Much has been made about the RNC attendees who threw peanuts at a CNN camerawoman and rightly so. Hurling legume fruits at any photog is wrong and worthy of a nationwide Schmuck Alert -- were it not so effing stupid. But I didn't log in to get political. That ain't my bag. However, as one of a half million lenslingers headed for Charlotte next week, I feel a warning is due: Toss a single nut my way and I will...


Zoom in on said projectile and follow focus so tightly that NFL Films will demand I overnight them my resumé tape.

Feign horrible pain upon impact, dropping to my knees and shrieking so theatrically that even that stoner running the C-SPAN camera will pan over my way.

Caterwaul so completely that every bomb-sniffing dog on the premises will cover their ears and join me in mid howl. I'm serious: I'll make Nancy Kerrigan sound like a lumberjack.

Shake off any assistance, limp away and then collapse until my fellow photogs throw a cloak over me and drag my crumpled form out of sight. Then I'll do it again, until the corpse of James Brown rolls what's left of his eyes.

Grant extensive interviews to any and all news crews, offering (between sobs) to recount the cruel act using finger-puppets, that is until the first network completes their computerized reenactment.

Fly overnight to New York and tell my stories to the stars. I'll hug up on Savannah Guthrie, trade man-scaping plans with Anderson Cooper and, if given the chance, bitch-slap Wolf Blitzer (Hey, why NOT?)

Score a reality show detailing my long recovery. I'm not sure how much control I'll have over it but I envision a mix of 'Intervention', and 'Here Comes Honey Boo-Boo Child'. At long last I'll get to show the world my tiara collection.

Turn that book into a passable screenplay, sell it to the highest-bidding studio, campaign to play myself, then begrudgingly agree to let Bradley Cooper take over the starring role.


I just hope he can capture the real me.
Posted by Lenslinger at 5:38 AM 3 comments: 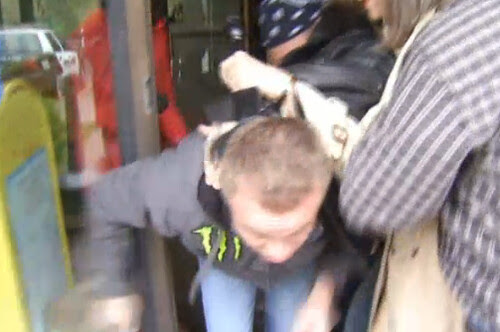 If the top schmuckologists at The Lenslinger Institute woofed down a bag of magic mushrooms and locked themselves in a dimly lit room, they couldn't come up with such a delicious scenario:

A wedding videographer cheats his customers (allegedly!), draws the attention of local TV stations (predictably!) and bloodies an innocent fancycam while making his less than great escape (cowardly!).

His name is Jesse Clark and he runs like a little girl. Actually, that's unfair to little girls, for the female 'tweens in my life don't drop everything and bolt every time a camera crew comes around. But that's what this 28 year old grown-ass man tends to whenever an indignant microphone is shoved in his face - which lately is a lot! It all started when scores of newlyweds told two Connecticut television stations about the shoddy work they paid for at SureShot Portraits. According to them, Jesse Clark showed up and shot their wedding as promised, but failed to deliver a finished product of their special day. (Hey, what can we say? Editing's a bitch - especially when people expect you to finish in a reasonable amount of time.) The TV stations smell blood and before you know it, Jesse Clark and his band of grumpy customers are gracing small screens in and around Worcester.

If all that bad pub weren't troubling enough, Jesse and his father made it infinitely worse when news crews approached them  at the Milbury Police Department back in June. Clark and his proud pop were turning over hard drives to investigators when the journalists closed in. Recognizing the opportunity to explain himself (and perhaps offer customers a fig leaf with his hard drives full of beaming brides) Jesse instead bends at the waist and plows straight through the Fourth Estate! It's a bitch move through and through - especially when the wedding 'tog in question shoulder-checks one of the news shooters - sending an up and running fancycam scattering across the blacktop. As the camera comes to a rest, you can see Jesse Clark himself wince - understandably aghast at the juvenile maneuver he'd just employed. But he doesn't pause for long. Rather, he picks up speed, launching a hard-target search his credibility, if not his missing testicles.

Recently, Jumpin' Jesse actually showed up in court to face arraignment. The charge: Asssault and battery on a fellow photog! Released on his own recognizance, Jesse Clark will return to court on October 18th, whereupon he'll no probably lose control of his bladder at the first sight of a news crew, then head for the hills, where he apparently keeps an emergency supply of adult diapers. Way to go, Jess! With your marginal talent, you've managed to upset blushing brides, provide two TV stations with endless fodder and actually lower the reputation of wedding shooters everywhere. We here at TLI didn't think that was even possible - and not just because the mushroom buzz is starting to wear off.