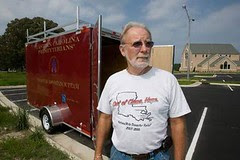 Sorry about the lack of updates, but it's been a tough week here at Lenslinger Central. On Monday, my biological father Dick Carney died suddenly. Dick was more than the source of half my DNA.  He was a loving old goat who didn't let a hard knock life stop him from assisting others. Ours was not a typical father-son relationship. Nothing was typical about the man. He was gruff, introspective and strangely eloquent. We shared a deep love of language and no one was more thrilled about what I've done here than he. Dick was something of a writer himself and he left a smattering of blog entries I will always treasure. He also left a wealth of material I'm just now going through and you can best believe I'll write again about his extraordinary life. For now, let me leave you with one of the many lessons he taught me:

"Feeling sorry for yourself? Don't like your lot in life? Get off your sorry ass and go help somebody. You'll be amazed what it will do for your day."
Posted by Lenslinger at 9:15 AM 5 comments:

It's a fact too few people know: In 1961 a crippled B-52 dropped two megaton nuclear weapons on the farm community of Faro, North Carolina. I grew up a few miles from where those bombs landed and I always heard rumors about the night Wayne County was nearly erased. Recently, Bob Buckley and I caught up with survivors, witnesses and an author of a new book on the matter, who helped us piece together this anatomy of a (near) disaster...


More on the Making of the Goldsboro Broken Arrow

When retired Air Force officer Joel Dobson contacted me with news he'd written a book about the near annihilation, I couldn't wait to get my hands on it. All my life, I'd heard vague claims of fire in the sky; I wanted facts and figures. On that, The Goldsboro Broken Arrow delivers. Dobson's SAC credentials shows through as he lists the risks of nuclear brinkmanship with a war planner's dead-eyed detachment. That's what a story like this requires. This is by far the definitive account of the incident and among those diagrams, charts and photos lie the bones of a blockbuster. Hear me, Hollywood: King Kong ain't got nuthin on the likes of Scott Tulloch, Jack ReVelle and Adam Mattocks. 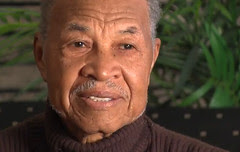 That's Lieutenant Adam Mattocks, thank you very much. He was aboard the B-52 Stratofortress when it developed a fuel leak, as a back-up pilot withOUT an ejection seat. When the aircraft began to break apart he dove through an opening in the crumbling behemoth. Miraculously, he made it safely to the ground, where a rural family didn't know what to make of the tall black man with a parachute on his back standing on their front porch. Fifty one years later, Mattocks welcomed Bob Buckley and I up their own porch as we dragged lights and tripod inside. His lovely wife held the family dachshund as the man who fell to Earth recounted every inch of his descent.

Of course, much of what Mattocks described would be hard to imagine without any visual proof. Luckily for those of us in the eyeball business, a treasure trove of evidence has slowly been unearthed. Author Joel Dobson deserves endless credit for compiling what does exist and his enthusiasm for the project didn't end when his book hit the presses. The wreckage, the crew, the area of impact: seeing leads to believing. Among the many photos he provided, this one proved to be the most iconic. Hey, I don't care how shrewd a wordsmith you are, nothing conveys the idea of global disaster averted like a picture of an eleven foot long thermonuclear bomb hanging from a neighborhood tree.

One person who doesn't need a picture album to remember that white hot winter night is Billy Reeves. He was eighteen years old when parts of the B-52 and its deadly payload struck the Faro farmland across from his home. Reeves saw it all and even helped the Air Force with the extraordinary search that followed. For half a century he's assured anyone who doubted this story's veracity that the sky did indeed turn red that night. When Bob and I met Reeves in that fabled field, he surprised me by reeling off names of the many Pittmans we both knew. Then he told me what his own family thought the night vessels of death rained down from above. "Mama thought it was End Times." he said.

She was almost right.
Posted by Lenslinger at 11:01 PM 6 comments: 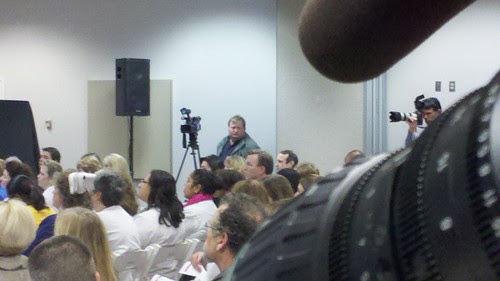 Just so you don't think Viewfinder BLUES has gone all Ken Burns on ya, here's a modern day screen-grab of a cutting-edge journalist in action. Okay, so it's just a random snapshot of my friend Eric lost in daydream. Maybe he was pondering one of life's great mysteries, I dunno. Some news shooters mentally calibrate disc space during press conferences. Others hallucinate. Me, I whip out the ole digital and photograph my cohorts. Sure, they roll their eyes, hide behind their tripods, even shoot me the occasional bird ... but deep down inside their crusty little hearts, I believe they like it.

Though that would explain all the brake problems I've had with Unit Four.
Posted by Lenslinger at 10:50 PM No comments:

There Goes My Hero... 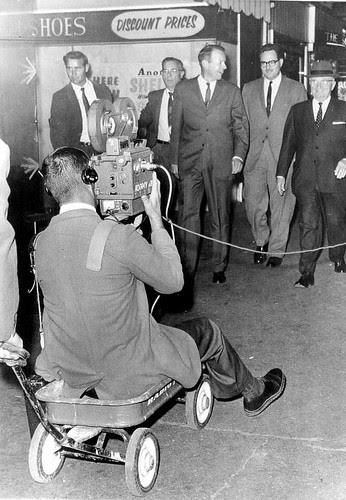 Ever since television  engineers stitched together the first test pattern out of stolen horse blankets, lenslingers like me have been expected to ride side-saddle. Case in point: this extraordinary find by broadcast archivist Amanda Emily. That's Harry Truman in the upper right. Known for his two mile hikes before breakfast, here the ex-President pounds the San Diego pavement with cronies in tow. It must have been a celebrated troll, for why else would KOGO-TV plant their finest photog in a Radio Flyer? It had to be a bumpy ride - even with a suited cohort at the helm, er, handle... Ya know, this is the part of the post where I usually make fun of the shooter's wardrobe, heap scorn on the retro-tech or just generally disrespect the mission at hand. I was all about to go down that road when Amanda hepped me to the man in the wagon...

That's George Potter, a man who had lived several lifetimes before he ever plopped down in that child's toy. In World War II, he was a member of the famed 'Easy Company' - the group of soldiers immortalized in the book and mini-series Band of Brothers. Potter parachuted into Normandy, lost his rifle in mid-flight and landed on a rooftop. Later, he received the Bronze Star and at one point broke his leg. But when he heard E Company was about to jump into Holland, he removed his cast, fled the hospital rejoined his unit in time. George Potter survived the war, but he didn't come home completely intact. He didn't talk much about what he saw there, but he did once tell his sons about pulling the boots off a dead soldier to appease his own frostbitten feet. Surely, there were even darker moments overseas and while Potter was clearly tortured by many of them, he wasn't the kind to foist that on his family. Instead, he went to work - eventually landing as TV News photographer for KOGO-TV (now KGTV). What George Potter saw during (and after) the war could no doubt fill a book, but much of it has been lost in the dustbin of history. One thing is for sure: there's often more to that man behind the camera than you see at first glance.

But you knew that.
Posted by Lenslinger at 8:01 AM 4 comments: