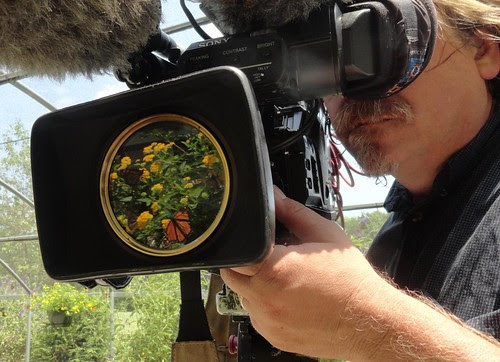 So That Others May Suck 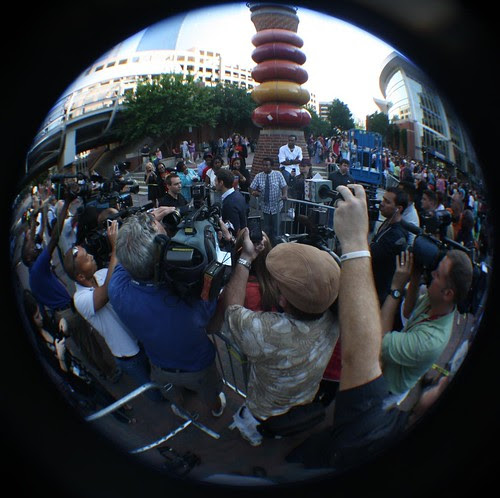 Ah yes, American Idol. If ever there was a cure for my writing malaise, it's the backstage pass I hold to our nation's goofiest game show. Then again, I've slept-walked though so many of these auditions, I find more intrigue in my pimento cheese collection (Don't judge me!) Still, I did hang with a few household names this morning, not to mention five thousand of my screechiest friends in what can only be described as that downfall of Western Civilization (See also: Why the Terrorists Hate Us). Then again, maybe the wounded wildebeest that is my network's most stalwart cash cow is just that: a bleeding, preening creature that can lay a patty you won't no part of. That. or it's just some pseudo-musical confection meant to distract mankind from such metaphysical concerns as "What ever happened to Alf?" and 'Wait a minute, Rodney King had a POOL?" Either way, it feels like something I should share, so strap on that rhinestone encrusted muscle-t, spray some glitter where you used to have hair and forget what those doctor types say about tanning beds. We got work to do...

Now, I know what you're thinking: American Idol is still on? Apparently, so. In fact, I'm convinced it will never leave the airwaves. Not as long as producers come up with new ways to shuck the shell of a show that used to be a certifiable sensation. J-Lo bail? Paging Janet Jackson! (Miss Jackson if you're nasty.) Stephen Tyler fall off a concubine? I hear David Lee Roth's calendar just opened up. Randy Jackson holding out for better weed money? Three words: Bell-Biv-DeVoe. My point is this. Even in its diminished state, American Idol is bigger than anyone who sits in the judge's seats. In fact, you could scrap that over-payed panel altogether and replace them with three chimpanzees and a few smart-phone apps. No, all you need for Idol to last forever is a rising populace weened on Glee and outcome-based education. Oh, and there's one more show component you simply must have if you're gonna ride Idol into the sunset: Ryan 'Pimp Daddy Smoove' Seacrest-- arguably the nicest guy in television.

I should know. I've watched the coiffed one bear hug guys in monkey suits, high-five hobos and grit his teeth and smile as a family of six explains why an abiding disdain for underarm deodorant is no reason to disqualify their daughter Otis from the singing competition. Yes, Ryan Seacrest is a righteous dude and I say that knowing i could be drummed out of The Cameraman Curmudgeon Club, (of which I'm treasurer!) So see me for raffle tickets. Or better yet, just tune in a few months from now and watch Idol's audition episode from Charlotte. Look closely and you may see a wordy camera nerd sweating under the yoke of neutered fancy-cam while some chick dressed as a viking channels Whitney Houston through a set of truly jacked-up teeth. Is that too harsh? Sorry. I'm working on ninety minutes of sleep, I drove the interstate in an open coma earlier and if one more person anything about the broken road, some yellow ribbon 'round the old oak tree or positively anything about how my heart will go on and so help me Mufasa, I will lay down this laptop and break into a show tune of my own - one involving call and response, free style White man scatting and just perhaps, a little gun-play.