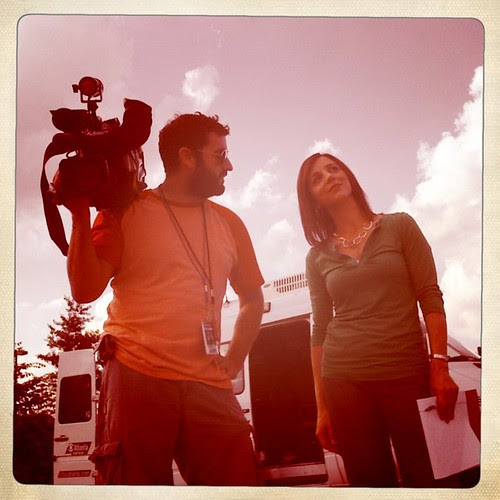 2010 (Rated R) Romance, hijinks and live shots ensue as a mismatched news crew covers a Georgia heatwave. She's a polished young reporter with her eye on the anchor chair. He's a loopy shooter who woke up in his clothes. Together they do battle with City Hall, some surreal hillbillies and their own tense chemistry until a ribbon-cutting gone wrong erupts into an impromptu road rally. Featuring a cast of unknowns and shot on a sun-warped Polaroid, this straight to cable release had a promising premise, but lost momentum early in the Second Act, when the cranky couple gets stuck in Atlanta traffic and spends the rest of the film behind the wheel of their idling live truck, trading office gossip and humming along to a yacht rock marathon. 1 out of 4 Stars.
Posted by Lenslinger at 10:42 PM