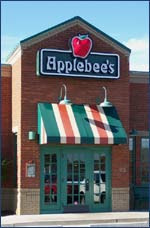 My very first assignment. Jarred out of bed by a scanner jockey father, I stumbled onto the scene of an intense hostage situation at a local restaurant - the very restaurant my wife worked at. I myself was a blossoming photog, shooting cheesy commercial for the local CBS affiliate on the morning the craziness went down. I didn‘t know diddly about news that day, when police turned me away from the scene. But I did know a thing or two about logos so I raced to my station, commandeered a station van and blew back past the police barricade.

I rolled up on a movie scene. More city police cars than I knew existed idled this way and that, surrounding the popular eatery. In front of the building the busiest street in town was roped off as SWAT team member ran around half-crouched with weapons drawn. The crackle of loudspeakers and murmuring of men provided a fitting soundtrack to the spectacle before me. In the distance I saw a collapsible antenna mast extending upward, poking over a haphazard fleet of emergency vehicles. Like a bewildered disciple stumbling toward a steeple, I staggered toward my station’s live truck.

Behind the truck a bearded madman pulled on cables and plugged in connectors while he glanced at his unmanned camera up by the yellow tape. When he saw the scraggly production grunt staring slack-jawed at the stand-off, he unceremoniously deputized into the news ranks. With a hitch of thumb the chief photographer directed me to his brand new fancy cam, a spot I held for five very tense hours.

Seconds froze in time as I huddled by a neighboring McDonald’s. Across the shallow parking lot cops in black jumpsuits chewed their lips and fondled their weapons. In the chief’s viewfinder I zoomed in one officer lying prone, sighting the front of the restaurant through a sniper’s scope. On the roof of a nearby hotel, I spotted the tiny silhouette of another hooded shooter. I recorded them all in ten second bursts before panning back to the restaurant’s windows. Working the len, I picked out the gunman's profile as he swigged beer, waved his pistol and yelled at the phone in is hand. I rolled on it all, trying to act casual around the other veteran photogs were starting to show up.

Over my shoulder the chief appeared, handing me a portable scanner and earpiece. He set a box of beta tapes at my feet and plugged in a heavy cable to the back of the camera. Pretending like I knew what to do, I put the earpiece in my ear. With the flip of a switch a world of radio codes and endless static filled my head. Before long though, some of the gibberish started making sense. A low-pitched voice kept telling someone to hold back for now and wait. When he mentioned the ‘negotiator’ I honed in on his pitch and really listened. Soon, his verbal barks preceded the action, giving me general ideas of where to point my camera next.

Hours passed but I stayed riveted to the black and white screen just inches from my eye. But I was more than just a casual observer, more than a camera-packing neophyte. I was a friend of the hostage. Though suspected all along, the earpiece soon confirmed the person at gunpoint was a girl named Kathy X - a delightful young lady I’d gone to high school with, socialized alongside downtown and even seen at my own recent wedding. Fidgeting there by the tripod, I felt guilty for being so pumped up on the ensuing drama. Somewhere inside that building, a good friend cowered underneath a table, staring back at the circus of cops and cameraman pitching their tent outside the window. How did I know she was looking at me?

Morning turned to noon and the stations went LIVE! Back at the truck my main anchor gestured gravely in his leather Members Only jacket. Throughout the newscast, the chief would zoom in on the restaurant in the distance, settling in on the pack of photographers gathered at the tape. Every once in a while I looked up from my camera, exposing my outdated mullet to the viewers tuning in. And tuning in they were. All over my little town and across much of Eastern Carolina, people were leaning into their sets and calling their friends, directing every set of eyeballs they could find on the funky bad shit going down in Greenville. And there I was, at the very center of the ratcheting tempest, or at least on the edge of it. In my own weapon’s sights, I shuffled through of images of jacked-up SWAT cops, gaping onlookers and one very nervous gunman. Though I didn't grasp the depth of my baptism that day, I recognized instantly that this beat the pants off shooting fat lady dress shops and used car lots.

As I peered through the looking glass, my mind raced with worst case scenarios. Zooming on the gunman’s profile, I imagined how it would look if it a police sniper popped off a head shot. It wouldn’t have bothered me had it happened, but unlike the lurid movies I watched, the outcome was not so grave and tidy. After some inspired negotiating on the police department’s part, the gunman agreed to trade Kathy for his beloved uncle. I knew this because the deep voice in my ear said so. Tracking the man walking beside the police chief, I stayed in my shot while more experienced photogs scrambled. As they followed the sight of the uncle entering the restaurant’s main entrance, I scanned the building’s rear. As if on cue, Kathy popped out of the back door, running with her head in her hands toward a waiting squad car. My heart soared as I caught a two second blur of her hasty departure, a shot I eventually learned no one else got.

With Kathy free, the police grew even more eager to wrap this caper up. As the uncle and the gunman conferred behind the restaurant’s walls, I envisioned scenes of SWAT team beat-downs and hijacked helicopters. But it was not to be. To everyone’s relief, the gunman agreed to coem outside, unarmed. When the front doors opened, a surprisingly handsome frat boy type, strode out in camouflage pants and an ECU sweatshirt. Slowly raising his hands, he shot defiant looks at all who met his gaze. I can still hear the still cameras' rapid-fire shutter as the SWAT team moved in and dropped the hostage-taker to his knees.

Seconds later it was all over. I could hardly believe it as I ran the footage of the takedown back to the live truck. The chief shook my hand before slamming the tape into a deck and feeding it back to the newsroom. As he and the anchor launched into another live shot, I staggered away, in a far different daze than the one I arrived in. As it turned out, I was the only photographer to capture the takedown without tree branches in the way - a small victory but I soon learned counted in the daily battle of news photography. Back at the station, stunned newsies treated me to a hero’s welcome. I still didn’t know it, but I was embarking on a grand adventure that day, one I'm still on. Since then, few news days have been as exhilarating. In fact, fifteen years later, my very first news gig blows all other subsequent assignments away.

Perhaps I should have stopped while I was ahead.
Posted by Lenslinger at 2:41 PM

I found you while surfing for interesting blogs. I like it, good content. I've left an invitation to you to visit me if you are into ebooks - Thanks, Neil

What was the gunman's name?