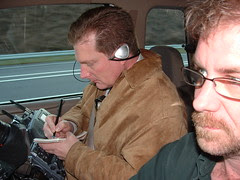 I’m crazy about The Amazing Race: the mad dash travel, the oddball obstacles, the way the editors make booking airline tickets feel like edge of your seat cliffhanger theater. I also dig the incredibly athletic camerawork on display, courtesy of one Bertam Van Munster, early architect of the COPS shooting style (or lack thereof) and a guy who knows written the book on following the action. Yes, The Amazing Race is by far my favorite reality show, a sped-up, real world version of Survivor in which absolutely no one lies on a tropical beach and flexes their triceps. In fact, I love this show - even if it does remind me of work. 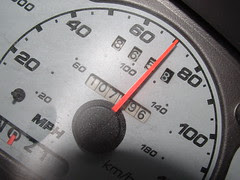 You heard me: work. Take away the Kiwi host, the world travel, and any chance of a million dollar pay-off at the end and you got my job in a nutshell. Why every morning I receive an improbable task with intense time-restrictions, forcing me to race from place to place with a rotating cast of (not always) friendly competitors nipping at my heels. Like the show, road conditions vary wildly; from the steep gravel driveway of an accused murderer’s trailer park to the gilded elevator of some lofty corporate headquarters, my gig can take me anywhere - and almost always in a hurry. 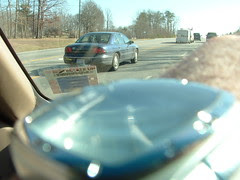 Trouble is, I’ve become accustomed to the pace. So used to ringing people up and announcing my camera and I were on our way, I’m truly taken aback when someone won’t drop everything and entertain my lens. Of course nine times out of then they will, which only encourages me to scramble from one deadline to another with barely my manners in place. But who can take time to be all Southern and polite when flashes of sworn rivals are shimmering in the distance - well-equipped crews giddy with the very thought of your potential downfall. No, I’ve yet to race chariots on the outskirts of Morocco, but I’ve hung from salt trucks while the plowed frozen interstates, backpedaled down stair wells as flash-bangs exploded and faked out opponents in courtroom hallways. There may be no grinning host with a million dollar check waiting at the finish line, but hopefully I’ll look back one day and see more than thirty years of meaningless Lightning Round.

In the meantime, a consolation prize or two wouldn‘t hurt.
Posted by Lenslinger at 10:03 PM

British host?!? Phil is a proud Kiwi, a New Zealander!

But yes, I love that show too, and I very much aspire to be shooting for it one day. I just need to get into some fitness first.